According to the American Cancer Society, there will be approximately 1.9 million new cancer cases diagnosed and 609,360 cancer deaths in the United States this year. Working with animal models, researchers have recently discovered potential new treatments for cancers of the brain, bone marrow, thymus, liver, lung, and lymph nodes.

A Workaround for Cancer Drug Resistance

Scientists at the University of Michigan have developed an anti-cancer drug, called LP-182, that could counteract the body’s resistance to cancer medications while also boosting cancer-fighting ability and reducing side effects. 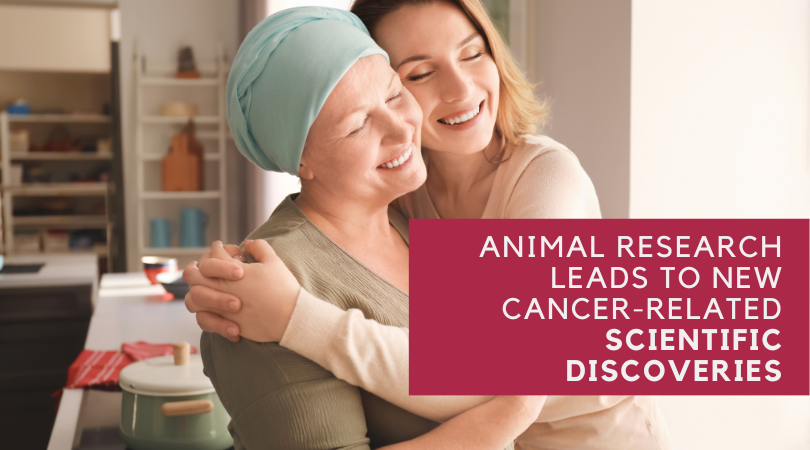 In mouse models of myelofibrosis—a type of bone marrow cancer that is a precursor to leukemia—LP-182 effectively blocked two signaling pathways common in cancer—PI3K and MAPK—which improved the survival rate of the mice. The drug is taken orally and absorbed through the gut’s lymphatic system, which could lead to new, more effective and less toxic methods of treating certain types of cancer.

The researchers plan to continue preclinical studies of LP-182 and hope to progress to human trials in patients with myelofibrosis.

An Abandoned Drug Could Be a New Treatment for Lung Cancer

Researchers at Washington University in St. Louis may have found an exciting new purpose for a long-abandoned cancer drug called cyclophosphamide.

The team worked with mouse models of small cell lung cancer (SCLC), the most aggressive type of lung cancer, which has an average 5-year survival rate of just 7% in humans.

Currently there is only one treatment in use for small cell lung cancer—platinum-based chemotherapy, which typically only extends life by a matter of months due to the highly drug-resistant nature of SCLC tumors.

That high level of drug resistance is due to a protein called SMYD3, which is prevalent in small cell lung cancer and some other cancers, but is largely absent in healthy lung tissue. The team speculated that targeting SMYD3 could help kill cancerous tumor cells.

When treated with cyclophosphamide along with an inhibitor of SMYD3, the mice showed an immediate halt to tumor growth, which remained in effect for the duration of the trial. The team hopes to set up phase 1 clinical trials as soon as possible.

A New Treatment for Brain Cancer

A team of researchers at Yale University have uncovered a potential new treatment for glioblastoma, a type of brain tumor that is the most common, and one of the deadliest, types of brain cancer.

About 50% of glioblastomas have reduced levels of the O6-methylguanine methyl transferase (MGMT) protein, which plays a key role in DNA repair. These low levels of MGMT makes the tumors more responsive to radiation therapy combined with a DNA-damaging drug called temozolomide (TMZ). Because the tumors quickly develop a resistance to TMZ, the team was hoping to develop a similar drug to selectively kill MGMT cells.

The team plans to enter clinical trials with the new compound.

Researchers at Weill Cornell Medicine have developed a genetically engineered mouse model for cancer of the thymus gland, which could lead to new treatments for thymic cancer. The new mouse model has the genetic variant GTF2I L424H, the most common mutation in thymic cancers, in its thymic epithelial cells.

Thymic cancer is relatively rare and poorly understood, so the new mouse model could lead to significant progress in understanding and treating the disease. The current preferred treatment for thymic cancer is surgery, potentially followed by chemotherapy or immunotherapy, but none of the current secondary treatments will eliminate the cancer.

With the new mouse model, the team hopes to better understand how thymic tumors form and potentially develop drugs to target those specific genetic variants.

Researchers from the University of Michigan have discovered a hormone that can curb the growth of liver tumors in mice.

The team studied how nonalcoholic fatty liver disease, or nonalcoholic steatohepatitis (NASH)—liver damage caused by a buildup of fat in the liver—affected cellular and hormonal changes in mice.

People with NASH have a higher risk of developing hepatocellular carcinoma (HCC), which is the most common type of primary liver cancer. By studying what occurs in the body during NASH, the team hoped to find a way to prevent it from progressing to liver cancer.

The hormone Neuregulin 4 (NRG4), which is secreted by fat cells, was found to protect the livers of the mice from NASH, and to suppress the growth of HCC tumors. In the study, mice that lacked NRG4 developed more severe NASH and more liver tumors than mice with normal levels of NRG4.

The team plans to further investigate how NRG4 works to suppress liver issues, as well as ways to boost its tumor-fighting abilities.

Researchers at Stanford University have discovered that cancer cells that infiltrate the lymph nodes, often the first site of metastasis, are able to masquerade as healthy cells in order to avoid attack from the immune system.

The team implanted melanoma in mice. Cancer cells that were able to spread to the lymph nodes were removed and transplanted into different mice. As the process was repeated, the cancer cells became more and more skilled at metastasizing.

Once the cancer cells infiltrated the lymph nodes, they prompted an increase in the production of regulatory T cells, which worked to dampen immune response.

Observing this mechanism improved the researchers’ understanding of how cancer cells are able to harness the lymph nodes to spread to other parts of the body, and could lead to new methods of stopping the spread of cancerous tumors.

As the second-leading cause of death among U.S. adults, cancer is one of the most important areas of preclinical research, with new discoveries raising hopes for new treatments, and even potential cures.