The Future for Women in STEM Fields

In 2017, James Damore, an engineer at Google, was fired for posting a memo claiming that women were biologically and psychologically less suited to working in high-tech career fields.

The memo got Damore fired from Google, but the idea that women are less capable of performing at high levels in technical fields isn’t a new one. Like Damore, those who have propagated the stereotype say it’s “backed by science,” citing questionable claims about brain structure, inherent psychological traits, or even temperament. 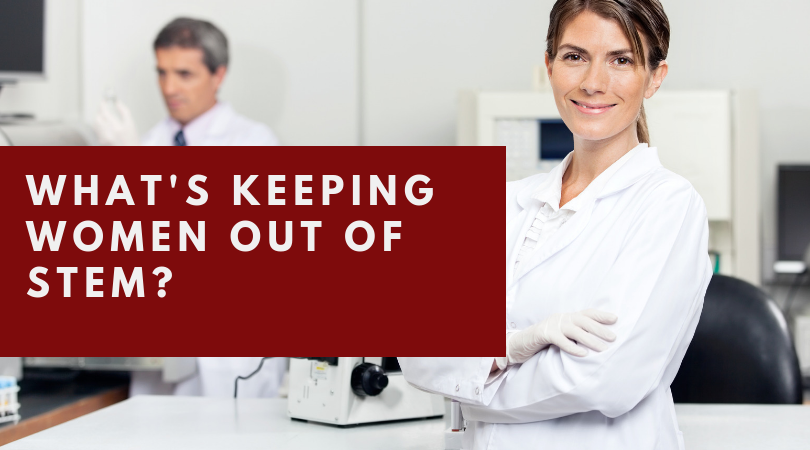 The Facts About Women in Science

According to Rosalind C. Barnett, senior scientist at Brandeis University, and Caryl Rivers, journalism professor at Boston University, those claims aren’t based in reality.

“We have been researching issues of gender and STEM (science, technology engineering and math) for more than 25 years,” they stated in an article on technology news site Recode. “We can say flatly that there is no evidence that women’s biology makes them incapable of performing at the highest levels in any STEM fields.”

What Keeps Girls Out of STEM Fields

So why aren’t there more women in science? It starts early, but it’s certainly not due to a lack of aptitude. A paper published this month in Psychological Science found that according to test scores in 67 countries, girls performed as well or better than boys did in science more than half the time.

But while girls show strong performance in STEM, not very many are actually entering those fields. While 57% of degrees nationwide in 2016 went to women according to the National Center for Education Statistics, just 12% of women graduated with a STEM major, and only a quarter of those women went on to careers in STEM.

A recent study by Microsoft found that young girls in Europe become interested in science at age 11, then quickly lose that interest by 15, but not because of any biological reason. Rather, it’s because of social expectations, gender stereotypes, and the lack of role models.

That seems to be the case in the United States as well. In a 2010 report by the American Association of University Women (AAUW), attributes the relative scarcity of women in science fields to factors including stereotype threat, which occurs when a female student taking a test in a STEM field feels extra stress and worry because she thinks she isn’t supposed to do as well as a male. Even if that belief is held at an unconscious level, it can negatively affect her performance on the test.

Think you don’t have an implicit bias against women in leadership roles? AAUW, along with Project Implicit and Harvard University, has created an online test to measure implicit bias.

That implicit bias often leads to gender discrimination in the workplace, which is one reason there are fewer women in STEM fields. Although women make up about half the work force in the United States, they hold fewer than 25% of STEM jobs.

The most common types of discrimination experienced by women in STEM jobs were earning less than a man for doing the same job, being treated as if they are not competent, experiencing repeated small slights at work, and receiving less support from senior leaders.

Reaching Out to Girls

Several organizations are working to get more girls interested in STEM fields by providing information, resources, and mentorship. If you are a woman working in a technical field, consider using your knowledge and experience to help the next generation of STEM minds by getting involved with one of these organizations.