For as long as modern humans have existed, they have been trying to find a “fountain of youth” to slow or reverse the aging process—both to enable humans to live longer and to fight the diseases and degeneration associated with advanced age. Recent mouse studies show that scientists are getting closer than ever. 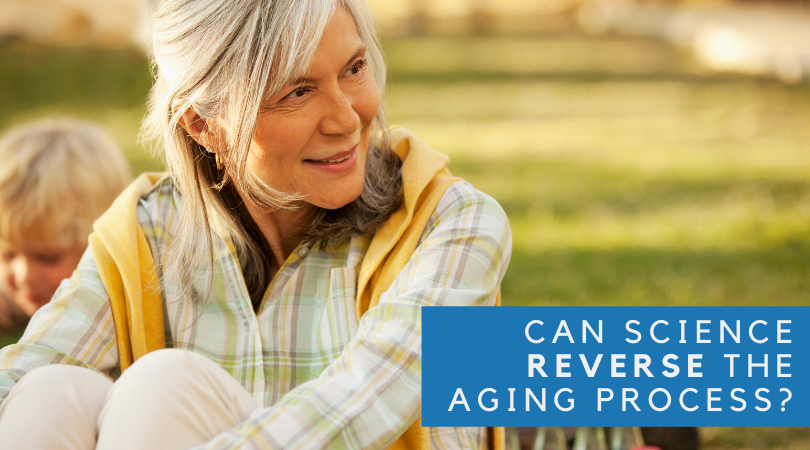 A team of immunologists and neuroscientists at Albany Medical College have made a breakthrough that could eventually help patients with Alzheimer’s and other forms of dementia.

The researchers discovered that targeting an immune cell in the brain called group 2 innate lymphoid cells (ILC2s), which help repair parts of the nervous system, could reverse age-related cognitive decline.

Though the results were achieved with mouse models, there is evidence that the effect may also be present in humans—in studying autopsy results of humans older than 65, scientists found an accumulation of ILC2s in the choroid plexus, duplicating their findings in mouse models.

A Molecular Switch to Battle Inflammation

Scientists at the University of California, Berkeley, have identified a molecular “switch” that could lead to new ways to stop or reverse chronic inflammation in the body, which has been linked to age-related degeneration and diseases.

The research team found that a collection of immune proteins called the NLRP3 inflammasome, which are responsible for triggering an inflammation response in the body in response to potential threats, can be switched off in mice by a process called deacetylation.

While an inflammation response can help fight threats such as viruses, injuries, toxins and other harmful foreign substances, overactivation of the NLRP3 inflammasome can cause chronic conditions such as multiple sclerosis, cancer, diabetes and dementia.

Using deacetylation, researchers were able to turn off the immune response, which could help prevent or treat these chronic conditions, as well as age-related conditions in general.

Biogerontologists at the Paul F. Glenn Center for Aging Research at the University of Michigan have identified four different drugs that slow the aging process in mice and lengthen their lifespan by up to 25%.

One of the drugs, rapamycin, has been very effective in extending the lifespan of mice and has been used to block the growth of certain kinds of cancer in humans. It has also been shown to improve vaccine response in older people and is being tested on human volunteers to determine whether it can prevent diabetes, cancer, heart attacks, and other age-related diseases.

Scientists at the University of Queensland have successfully increased fertility rates in older mice using small doses of a metabolic compound that reverses the aging process in eggs, which could help women successfully conceive at an older age.

The team of researchers discovered that the loss of egg quality due to aging was the result of lower levels of a molecule called nicotinamide adenine dinucleotide (NAD), which is critical to generating energy in cells.

To boost levels of NAD, scientists treated older mice with a “precursor” compound called nicotinamide mononucleotide (NMN), which is used by cells to create NAD. After receiving low doses of NMN for four weeks, the egg quality of the older mice increased dramatically, resulting in more live births during breeding trials.

Though the discovery has not been tested with humans, it has the potential to enable older women looking to conceive to use a non-invasive procedure to improve the quality of their eggs rather than using a donor egg and IVF treatment.

The gene therapy is based on three genes that have been previously associated with longevity and improved health in mice—FGF21, αKlotho and sTGFβR2. Researchers developed delivery vehicles for each gene and injected them into mouse models of obesity, diabetes, heart failure, and renal failure.

The results were dramatic—a single dose of the FGF21 gene reversed weight gain and type 2 diabetes in obese, diabetic mice; sTGFβR2 improved heart function in mice with heart failure; and the two genes combined reduced kidney atrophy by 75% in mice with renal fibrosis.

The team plans to test the therapy in a pilot study on dogs, which if successful could lead to similar therapies for age-related illnesses in humans.

A fountain of youth to help people live forever may be an unattainable fantasy, but science is beginning to yield some important answers to the question of how we can live longer, healthier lives.