How the Environment Affects Disease

The concept of “One Health,” which was adopted by the Centers for Disease Control and Prevention in 2009 and will be the theme of the 2019 AALAS National Meeting, is focused on the idea that the environment plays a key role in human disease. 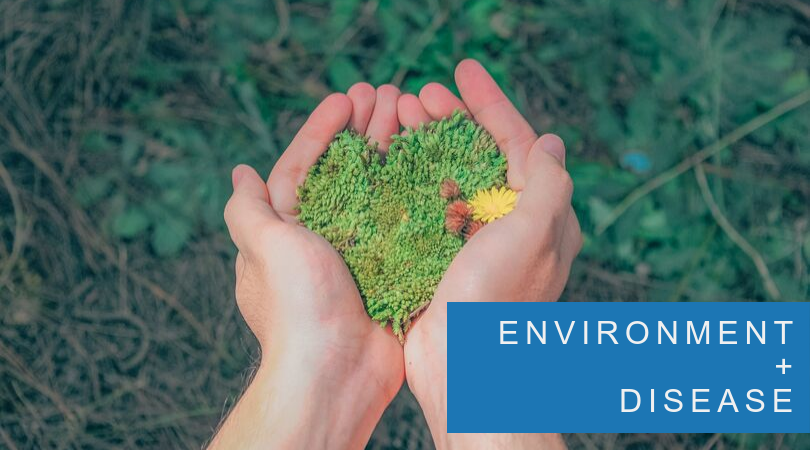 The planet continues to undergo serious and rapid changes, many of which have contributed to the increase in known diseases, the reemergence of older diseases, and the appearance of new diseases.

Not only are environmental factors the direct cause of “environmental diseases” not related to heredity or infection, such as allergies, some types of cancer, and poisoning due to exposure to toxic substances, the environment can also affect the patterns of other infectious diseases, including how they emerge, methods of contraction, and how they spread.

Changes in the environment including human and animal population, temperature and climate, globalization, and loss of biodiversity due to urbanization all contribute to making conditions more or less hospitable for the survival of pathogens and determining how quickly and how far diseases can spread.

The human population has been increasing continuously since the end of the Black Plague pandemic in 1350, and was estimated to have reached 7.7 billion in April 2019. That growth has affected disease progress and incidence in a number of ways, including:

In a study published in Nature in 2008, Dr. Peter Daszak, a disease ecologist and the president of Eco Health Alliance, found that the 335 new infectious diseases that emerged from 1940 to 2004 could all be linked to sudden population growth and new human contact with animals in areas that were previously wild.

"There's a strong correlation between the risk of pandemic and human population density. We've done the math and we've proved it," said Daszak.

Climate change, including global warming, has increased the frequency and severity of extreme weather events and natural disasters, and the disease outbreaks that often accompany them.

While extreme weather events and natural disasters like floods, earthquakes, landslides, drought, hurricanes, tsunamis, volcanic eruptions, and tornados do not themselves cause disease, the conditions they create in their aftermath often do. Those conditions include contamination, unsanitary living conditions, lack of clean water, overcrowding in emergency shelters, an overburdened health care system, and long-term population displacement.

For example, after the 2010 earthquake in Haiti, which itself killed between 100,000 and 316,000 people, a cholera epidemic broke out. In a sad twist, the epidemic was started by United Nations peacekeepers, who brought the disease to a vulnerable area that had no immunity to it.

That, along with exacerbating factors from the earthquake, such as poor sanitation, contaminated food, and sewage-infected waters, made the epidemic especially deadly—it has infected at least 800,000 Haitians to date and claimed more than 9,600 lives.

Another major way in which the environment affects disease dynamics is through toxic and poisonous substances in soil, air, water, and food.

Pollution and contamination from hazardous waste can cause everything from headaches and respiratory issues to birth defects and cancer.

Toxic waste can not only cause disease and death in humans and animals, it can cause permanent damage to the natural environment such as causing genetic mutations and reproductive issues, encouraging antibiotic resistance, killing off entire populations of animals or organisms, or disrupting an ecosystem so thoroughly that it is unable to survive.

By understanding how environmental factors are inextricably intertwined with human and animal health, scientists have a better chance of preventing disease and improving the health of humans, animals, and the environments in which they live.