The Most Significant Animal Research-Based Scientific Breakthroughs of 2018

Animal models have been used in biomedical research for hundreds of years, and clinical research using mice and rats has led to some of the most important scientific breakthroughs in 2018. 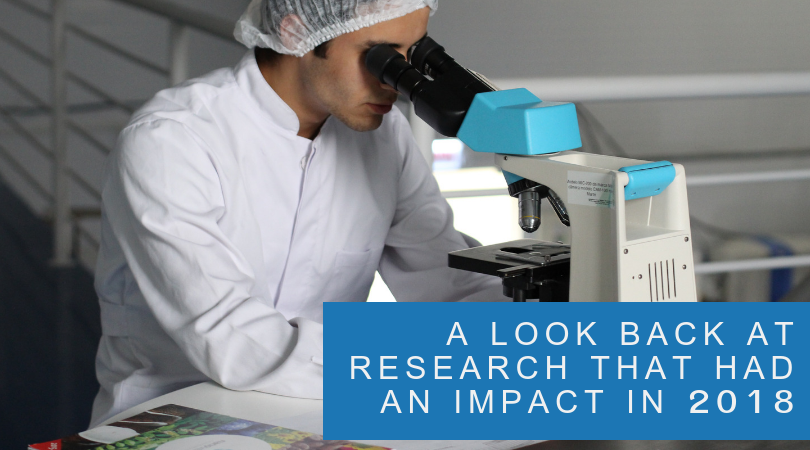 In July, researchers at the Mayo Clinic published a study that focused on slowing the aging process in mice by removing senescent cells that have become dysfunctional due to aging. When mice had senescent cells removed, they showed a longer lifespan and improved overall health.

Another group of scientists at the University of Alabama discovered a way to reverse the appearance of aging. When mice with wrinkles and gray, thinning fur were treated for the DNA mutation that caused their aged appearance, they regrew hair and lost their wrinkles and were restored to a youthful appearance within weeks.

Alzheimer's is one of the stubbornest diseases to diagnose and treat, but 2018 saw a huge leap forward in the possibilities of identifying the causes, providing better treatment, and even finding a cure, thanks to several groups of scientists working with mouse models.

In January, scientists at Lancaster University in England were able to improve learning and memory skills, as well as reduce plaque and inflammation in the brains of mice with a rodent form of Alzheimer’s disease by giving them a drug originally developed to treat diabetes.

In February, researchers at the Cleveland Clinic Lerner Research Institute published a study showing that depleting the BACE1 enzyme in mice reverses the formation of the amyloid plaques that are thought to cause Alzheimer's disease.

In March, a mouse study by researchers at UCLA found that boosting levels of the TREM2 protein could help the brain fight the formation of amyloid plaques and other symptoms of Alzheimer’s. Mice bred to have both higher levels of TREM2 and the propensity to display features of Alzheimer’s developed fewer amyloid plaques, exhibited less inflammation, and performed significantly better on memory tests.

In June, scientists at Johns Hopkins Medicine said they had found evidence that one cause of Alzheimer's could be a simple pH imbalance in the brain.

In July, a research team at Rush University Medical Center in Chicago published a study showing how they were able to slow the progress of an Alzheimer’s-like condition in mice by giving them aspirin.

Also in July, researchers using mouse models at the University of Virginia discovered a way to improve brain functioning in older mice by improving the flow of waste from the brain to the lymph nodes.

Animal models have proven very useful in enabling scientists to better understand autism, including what may cause it and how it works.

In April, a rat study at the University of Western Australia suggested a strong link between vitamin D deficiency in utero and the development of autism-like symptoms.

In July, researchers at the University of Virginia identified a link between the health of the mother's microbiome (he collection of microorganisms that naturally live inside the body) during pregnancy and the risk of autism in her offspring. Using this knowledge, they were able to halt the development of autism by blocking interleukin-17a—an inflammatory molecule produced by the immune system.

In November at the 2018 Society for Neuroscience annual meeting, research teams from Switzerland and Italy presented the results of their work identifying autism subtypes by scanning the brains of a large number of mouse models of autism.

In August, researchers using mouse models at Brigham and Women’s Hospital discovered that inflammation may help prevent the growth of breast cancer tumor cells that have spread to other sites in the body—an important discovery since 30% of breast cancer patients experience metastasis.

Also in August, researchers at the Mayo Clinic found that a dietary supplement added to sports drinks—cyclocreatine—can reduce the growth of drug-resistant HER2-positive breast cancer tumors in mice.

In September, researchers at Virginia Commonwealth University's Massey Cancer Center discovered that removing the cyclophilin A (CypA) enzyme slowed or stopped the growth of breast cancer cells in mice.

Two different research teams at Stanford University School of Medicine have developed promising new cancer vaccines. In January, one team was able to erase all traces of cancer in mice by injecting two immune system-stimulating agents directly into tumors. Human trials are under way with lymphoma patients.

In September, researchers at the Scripps Research Institute and the University of Texas Southwestern Medical Center found that when mice with an aggressive form of melanoma were injected with a cancer immunotherapy drug called anti-PD-L1 plus immune system booster Diprovocim, the mice showed a 100% recovery rate.

In October, scientists used gene editing and stem cells to enable same sex mouse couples to give birth to live, healthy offspring. The discovery has serious ethical implications for use in humans, and in November China halted the work of He Jiankui, who claims to have created the first gene-edited human babies—twin girls named Lulu and Nana. Many countries (not including the United States) have outlawed the genetic modification of human babies, and UNESCO (the United Nations Educational, Scientific and Cultural Organization) has called for a temporary ban on genetic editing in humans.

This year brought further evidence that Parkinson’s disease starts not in the brain, but in the gut. In October, a group of researchers based at the Van Andel Research Institute identified a correlation between appendix removal and a lower risk of Parkinson’s decades later.

In November, scientists from Johns Hopkins Medicine published their discovery of the specific cell death events in mice that lead to the physical and mental degeneration that are the hallmarks of Parkinson’s disease.

Separate mouse studies in China and Iran found that two natural compounds found in plants—arbutin and astilbin—resulted in improvements in motor control and mental functioning in mouse models that mimic the symptoms of Parkinson’s.

Many of the discoveries made possible in 2018 through the use of animal models have the potential to save lives, cure diseases, and improve overall health for humans worldwide. Here’s hoping 2019 will see just as many important breakthroughs, thanks to clinical researchers like you!