February is National Cancer Prevention Month, and scientists continue to make important discoveries to prevent, understand, and treat cancer. Recently, researchers have been able to use common substances and compounds including the flu shot, salt, copper, aspirin, and bitter melon extract to fight cancer in mouse models. 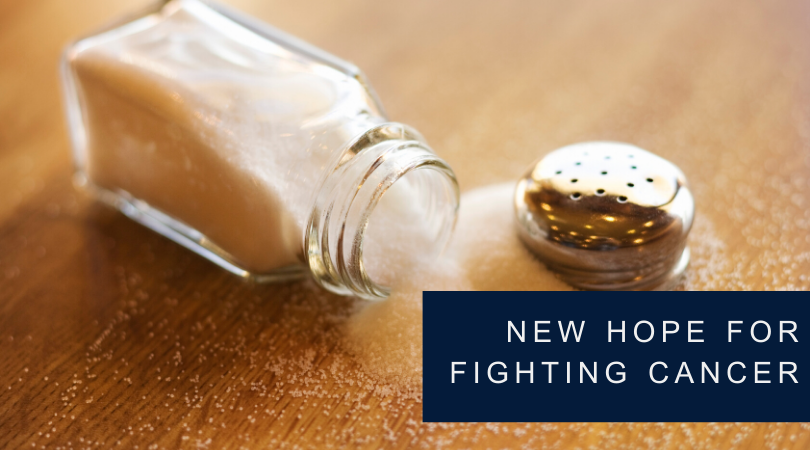 Scientists Use Salt to Fight Cancer

A new mouse study conducted by scientists at the University of Georgia has found that sodium chloride—salt—can be used to fight cancer.

Scientists injected sodium chloride nanoparticles (SCNPs) into tumors in mice and found that they were able to suppress tumor growth by 66% compared to the control group. There were no signs that the SCNPs did any damage to the animals’ organs.

In addition, when the cancer cells that had been killed by the SCNPs were injected back into the mice, the mice became more resistant to developing new cancer, which raises the possibility of using the method as a cancer vaccine.

A team of scientists from several universities in Europe has succeeded in killing cancer cells using nano-sized copper compounds combined with immunotherapy.

The team was able to create copper oxide nanoparticles—a compound composed of copper and oxygen—that are toxic to tumor cells while leaving healthy cells unaffected.

In addition to killing cancer cells, the compound also served to boost the effectiveness of the immune system. Combined with immunotherapy, the team was able to make tumors from two types of cancer—colon and lung—disappear entirely in mice.

Once the tumors were gone, the team injected tumors cells back into the same mice and those cells were immediately eliminated by the immune systems of the mice. The authors of the study speculate that the same approach could be used for up to 60% of all types of cancer, including breast and ovarian.

A team of researchers from Rush University Medical Center in Chicago have used an inactivated flu virus in mouse model experiments to shrink cancerous tumors and boost the effectiveness of immunotherapy.

The researchers got the idea from a report showing that people with lung cancer who had also had influenza-related lung infections tended to live longer that people who had contracted lung cancer but not the flu.

To test the idea, researchers injected an inactivated flu virus into two types of tumors in mice—melanoma and metastatic triple-negative breast cancer. The virus slowed the growth of both types of tumors.

Since the flu vaccine is already safe for humans, scientists are hoping that using flu shots to treat cancer could be made available to human patients quickly.

Bitter melon, which is related to cucumber and zucchini and has been used as a folk remedy for many health issues, including diabetes, may also be effective as a cancer treatment.

The team used the extract on several types of cancer cells, including breast, prostate, tongue, and head and neck cancer. In those tests, the extract stopped cancer cells from replicating, and in some cases even killed them.

For years, doctors have recommended aspirin to lower the risk of heart attack, and now researchers say it might work as a treatment for colorectal cancer as well.

Scientists at City of Hope Cancer Hospital in California found that aspirin appears to reduce tumor growth and curb recurrence of colorectal cancer. Now they are using mouse models to try to determine a daily dosage amount of aspirin that will provide protection against colorectal cancer while avoiding dangerous side effects such as bleeding in the stomach and brain.

In mouse experiments, researchers found that the growth of colorectal tumors was suppressed even with a low daily dosage of aspirin equivalent to 300mg in humans. A low dosage was also especially effective in reducing tumor growth in animal models with PIK3CA genes, which have already been associated with increased risk for certain cancers.

While the field of cancer research has historically focused on new drugs to fight cancer, these recent discoveries show that the answer may exist not in new medications, but in exploring how common everyday substances can be used to halt the growth of cancer or even eliminate it altogether.