On January 1, millions of people resolved to eat better. In fact, according to a survey by YouGov, eating healthier was the most frequently made New Year’s resolution. But paying more attention to diet can do more than help you lose weight and feel better—according to several new mouse studies, food and diet are deeply connected to many different diseases and conditions, including Alzheimer’s, Parkinson’s, flu, dementia, and even the aging process. 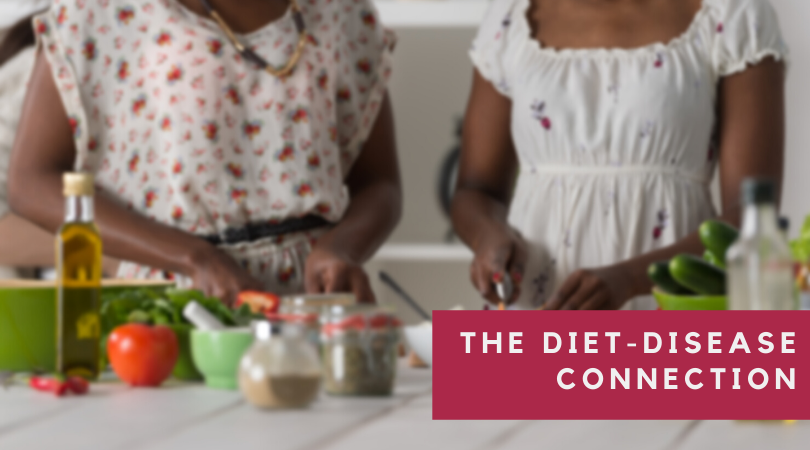 The keto diet, which is low in carbohydrates and high in fat, has been touted as a way to stimulate weight loss by putting the body in ketosis—a state in which it burns fat rather than the sugars generated by the digestion of carbohydrates.

Taking ketone ester supplements can also induce ketosis, and new research by a team at the Laboratory of Neurosciences at the National Institutes of Health in Baltimore shows that a ketone ester-rich diet seemed to slow down the progression of the disease in mouse models of Alzheimer’s by boosting levels of the SIRT3 protein, which is thought to protect neurons.

Olive oil already had a good reputation for being high in healthy monounsaturated fats and antioxidants, and is thought to reduce inflammation, prevent strokes and protect against heart disease. Now scientists at the Lewis Katz School of Medicine at Temple University in Philadelphia have found that extra virgin olive oil (EVOO) can protect against a form of dementia in mice.

In a new study, researchers found that consuming EVOO, which is the highest-quality olive oil, can reduce the risk of frontotemporal dementia in mice. In humans, frontotemporal dementia—which can cause behavior and personality changes and difficulty speaking and writing in addition to memory deterioration—typically appears between age 40 and 65.

In the study, mice engineered to develop dementia that were put on a diet containing EVOO at an age comparable to 30-40 in humans were 60% less likely to develop frontotemporal dementia, and performed better on memory and learning tests than mice that were not given EVOO.

Parkinson’s is a neurodegenerative disease affecting more than 6 million people worldwide. Common motor symptoms of Parkinson’s, including tremors and muscle stiffness, are caused by the progressive degeneration of dopamine-producing nerve cells in the brain.

It has already been discovered that calcium signaling—the movement of calcium ions through cells, which is made possible by specialized “channel” proteins—plays a role in the survival of these dopamine-producing neurons.

New research with mice at the University of Ulm in Germany discovered that closing a specific calcium channel—Cav2.3, which lets calcium into cells—seemed to protect the mice from the neurodegeneration that causes Parkinson’s-like symptoms.

Lactose and the Immune System

New research by a team of scientists from Memorial Sloan Kettering has shown that foods containing lactose can cause dangerous infections by the Enterococcus bacterium.

In the study, lactose, a sugar that naturally occurs in dairy products, was shown to help the bacterium Enterococcus thrive in the gut of mice. The team studied mice that had been given bone marrow transplants (BMTs) and found that the cells lining their intestines were no longer able to make lactase, the enzyme that breaks down lactose. The high levels of undigested lactose enabled Enterococcus to proliferate.

While the team said it’s premature to recommend that patients who undergo BMTs refrain from consuming lactose, the new data will give researchers valuable insight into how to reduce Enterococcus infections.

Keto Diet and the Flu

According to the World Health Organization, about 10% of U.S. residents get the flu every year, and 36,000 die of it.

Scientists continue to work on refining the existing flu vaccines and developing a universal flu vaccine, but other researchers are focusing on diet-based preventative measures.

Researchers at the Yale School of Medicine reported that feeding a low-carb, high-fat keto diet to mice helped protect them from contracting the flu. Mice that were fed a keto diet for 7 days then infected with the influenza A virus had lower levels of the virus in their lungs and had greater survival rates than those that were fed a regular diet.

The leaders of the study speculated that the diet helped the mice avoid infection by activating more T cells in the lungs, thus forming a barrier against the virus.

A diet high in salt is already known to cause high blood pressure, but a new study has shown that a high salt intake may also be a risk factor for a decline in brain function.

Researchers at Weill Cornell Medicine fed mice a diet 8 to 16 times higher in salt than normal for a period of 12-36 weeks then tested them for cognitive function and examined their brains for changes. During cognitive tests, the high salt mice had trouble recognizing objects and moving through a maze, and their brains also showed clumps of the tau protein, a change called phosphorylation.

Intermittent fasting—restricting food intake to a certain time window—is one of the most popular dietary trends, and there is science to back up its benefits.

Researchers from NIH’s National Institute on Aging compared mice given unrestricted access to food with mice fed only once a day and found that mice with enforced fasting experienced less disease and lived 11%-28% longer than mice with unlimited access to food, regardless of the type of diet they consumed, and despite being similar in total food intake and body weight.

Every New Year, many people resolve to eat better as a way to lose weight. While that is usually a good goal, the connection between eating habits and health go much deeper than the number that appears on your scale. More and more research supports the idea that how and what you eat is intrinsically linked to your overall health.