For the past 100 years, mice have been the primary model for biomedical research. Not only are they easy to keep and reproduce, mice have significant similarities to humans both genetically and physiologically. 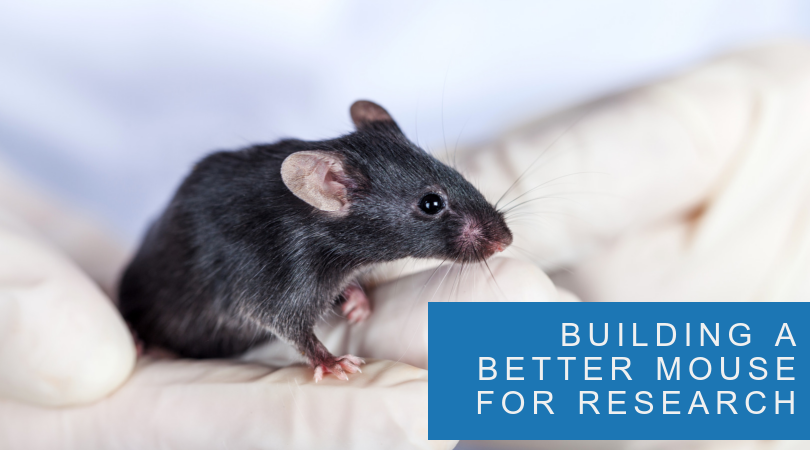 With genetic manipulation, scientists have been able to create mouse models for many human diseases and conditions, enabling them to study the causes and progression of those diseases to develop new methods of diagnosis and treatment.

Traditionally, scientists have utilized mouse models from a population of inbred lab mice with a limited number of genetically engineered mutations. The thinking has been that using inbred mice creates a more genetically uniform animal model, but researchers are discovering that those limitations may be negatively affecting the outcomes of their work.

Not only are inbred mice potentially limiting the effectiveness of scientific research, they may not even offer the limited variability that is the primary reason for their use.

In a study published in Nature Methods in November 2018, researchers at McGill University analyzed previous scientific studies that used both inbred and outbred mice and determined that inbred mice display the same amount of variability in physical and behavioral traits as outbred mice. The study determined that because outbred mice tend to be generally healthier and easier to breed, they  might make better biomedical research subjects in many applications.

One of the biggest reason for the push to create better mouse models is Alzheimer’s. Mice do not naturally contract Alzheimer’s, but they can be genetically engineered to produce high levels of human amyloid protein plaques in the brain, which is one of the markers of the disease.

The problem may be that amyloid plaques are only one factor in the development of Alzheimer’s, and that the symptoms humans with Alzheimer’s normally display are the result of amyloid plaques in combination with other genetic factors.

The solution may lie in a different, outbred mouse model that more closely matches the way the human brain reacts to Alzheimer’s disease. In one experiment, researchers at Jackson Laboratory genetically modified both lab and wild mice to develop amyloid plaques. The lab mice displayed no memory problems, but some of the wild mice did.

That result, and several others, have led researchers to understand the need for new animal models with an expanded combination of genetic mutations. A consortium of researchers called MODEL-AD (Model Organism Development & Evaluation for Late-Onset Alzheimer’s Disease), which was established by the National Institute on Aging, was tasked with developing the next generation of in vivo mouse models for Alzheimer’s research. The group has already developed 30 new mouse varieties and will be presenting their results at the ADPD Annual Conference in Portugal March 26-31.